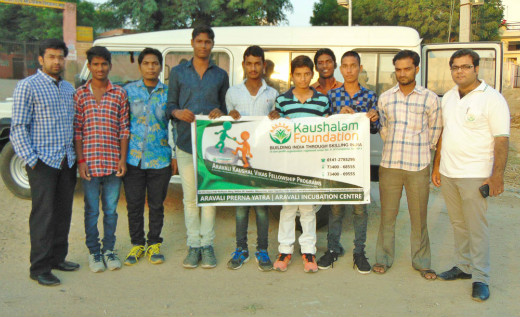 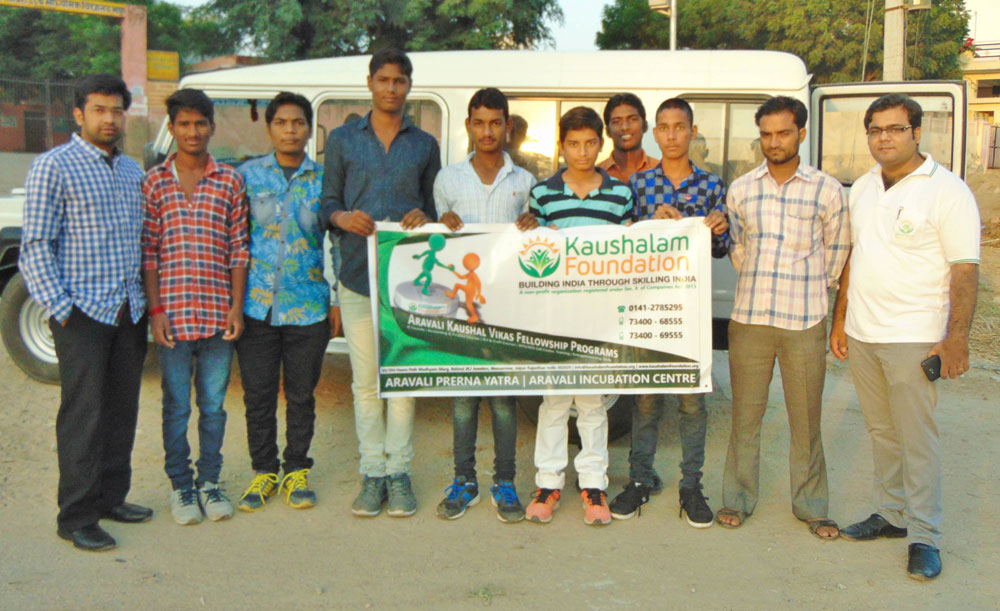 Kaushalam foundation, as part of its Gramodhyami Initiative (Village Level Entrepreneurship Development Program), organized a one day exposure visit for its trainees from Skill Development Centre, Bhapura village, Jaipur on 25th Oct. The objective of the visit was to create awareness about pioneering grassroots social enterprises and to awaken the entrepreneurial spirit in them. Participants visited the following organizations;

Laporiya, a village situated at a distance of around 80 km from Jaipur is known for its unique techniques for conserving rain water, protecting environment and maintaining eco-balance. Lakshman Singh, an environmentalist from Laporiya village, is working on ground since 1977 for the development of the village. His work and team got consolidated in 1986 under the banner of GVNML, (Gram Vikas Navyuvak Mandal, Laporiya) a voluntary organization registered under Rajasthan Society Registration Act 28, 1958.

The visiting group was welcomed by Sangram Singh from GVNML. After a brief introduction about GVNML’s work in last 30 years, the group was taken to the field location to show them how water and environment conservation efforts by the villagers helped their village to mitigate the climate change and save itself from natural disasters. Active community participation in environment governance is the key for successful implementation of Natural Resource Management in Laporiya village.

Trainees were excited to see water ponds and greenery all around which is not a usual sight in their village. Sangram Ji started with a brief introduction about Lakshman Singh Ji, issues Laporiya faced earlier and establishment of GVNML, followed by the best practices they adopted in agriculture, environment and water conservation. 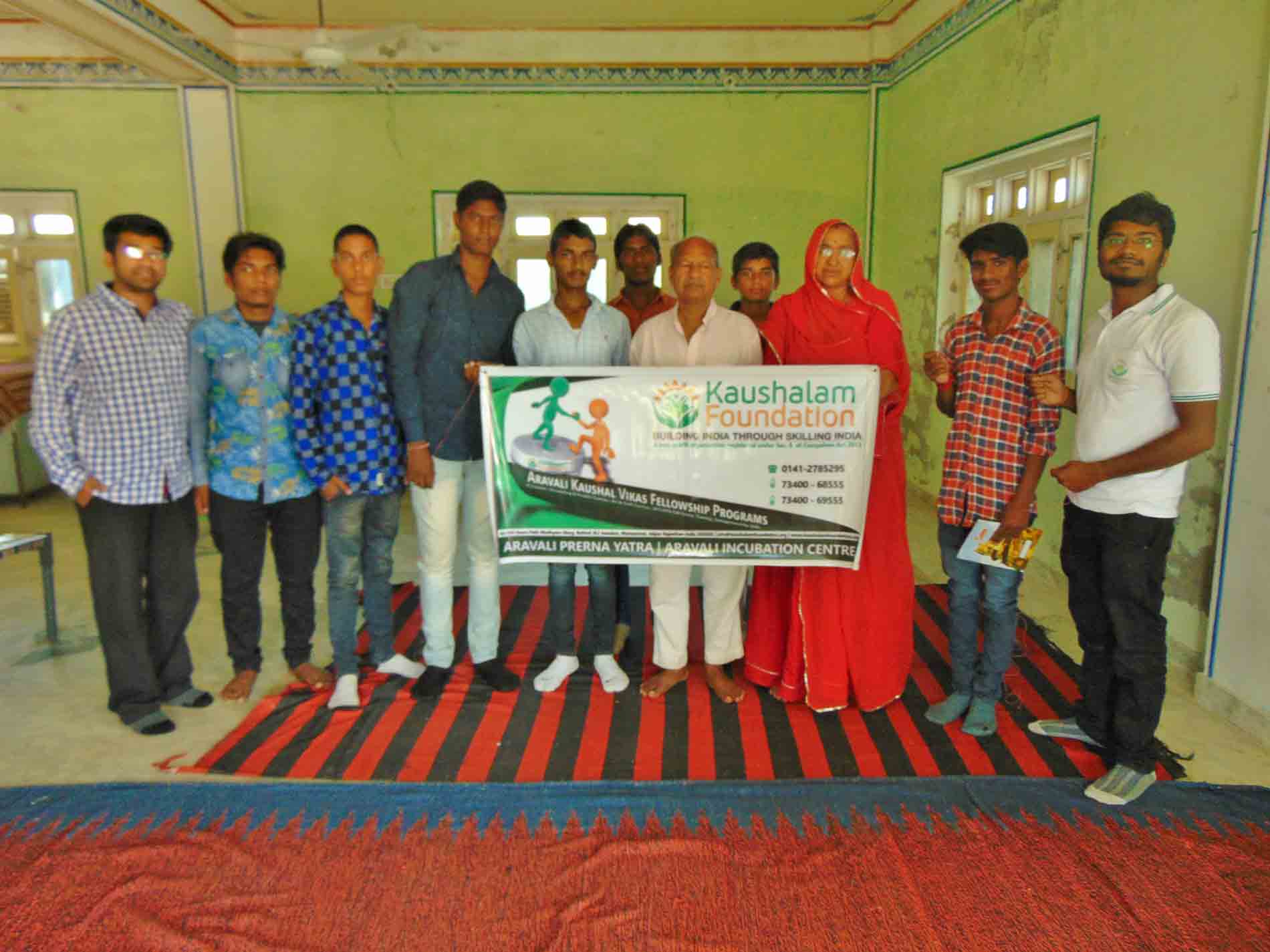 Excerpts from his dialogue:

Once upon a time – The Gloomy Laporiya

Laporiya receives an annual rainfall of about 323 mm which is much lower compared to the Rajasthan state avg. rainfall 440mm. Before GVNML’s intervention in reviving the livelihoods through water and nature conservation efforts, the village suffered from acute water scarcity resulting in a number of miseries. The inhabitants were malnourished, hunger and absolute poverty in the village, diseases and illness were untreated, children remained illiterate and cattle died of thirst. Pasture lands were encroached by influential section of the society. All these resulted in migration of villagers in search of livelihoods. They used to travel as far away as Agra, 300 miles, grazing animals along the way.

Sangram Singh Ji explains, “GVNML’s mantra for sustainable development is ‘Cooperation, peace and participation’. We emphasise on following factors for achieving the 360 degree model of growth:”

Laxman Singh was 18 years old when he realized that the root cause of all the sorrows of Laporiya is due to water scarcity and the only solution to this problem is to repair the broken Talab (pond) of village. Repairing a pond of 1.5 km long and 15 ft. wide remained as a herculean task as there was no financial aid available from either the Government or from any other funding agency.

But as they say where there is will there’s Way, Laxman Ji himself took up this task and went to the pond with spade and hoe. A close friend Mr. Ramavtar also joined. They used to ask for sand from every household and started repairing the devastated pond wall by pouring 100 man (4000kg) sand daily. On the 7th day, more youth from village joined them, which later became the foundation stone for GVNML. With their combined efforts the pond finally got repaired. Seasonal rains 2 months later, filled the pond with enormous water, thus catering to the needs of inhabitants. The pond was later named as Ann Sagar (Grain pond). This incident dates back to 1977. Later, Laxman ji with combined efforts of villagers was able to introduce innovative techniques of rainwater harvesting, environment conservation and organic farming. 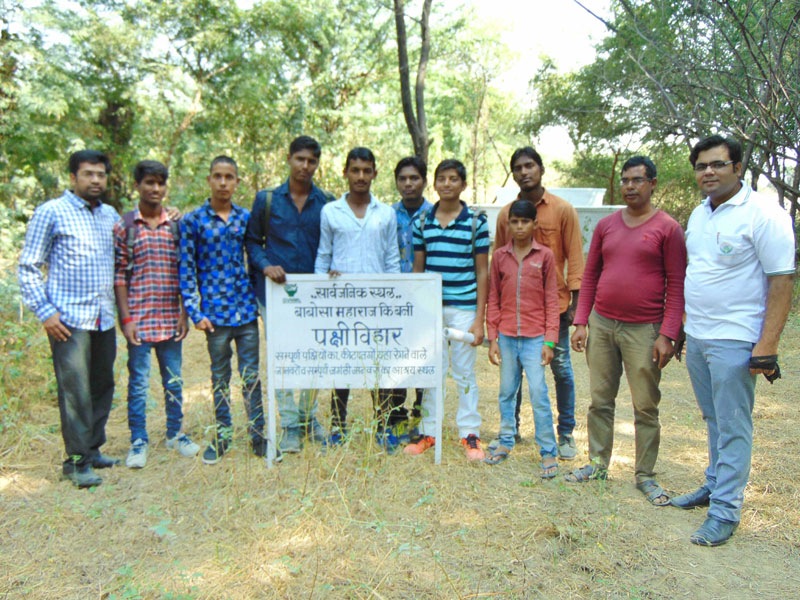 One can now witness the holistic development in Laporiya village with the efforts of GVNML.

Trainees actively participated by asking questions and providing feedback through reflection forms as well as in person. Acc. to one of the trainees Anoop, “Interactions with Lakshman Singh ji and learnings from Laporiya village are unforgettable moments for us. We never knew such type of village existed in our state of Rajasthan. My biggest take away from this visit is that active community participation is very vital in village development. I’m keen on replicating some of the best practices followed in this village in my village Bhapura”.