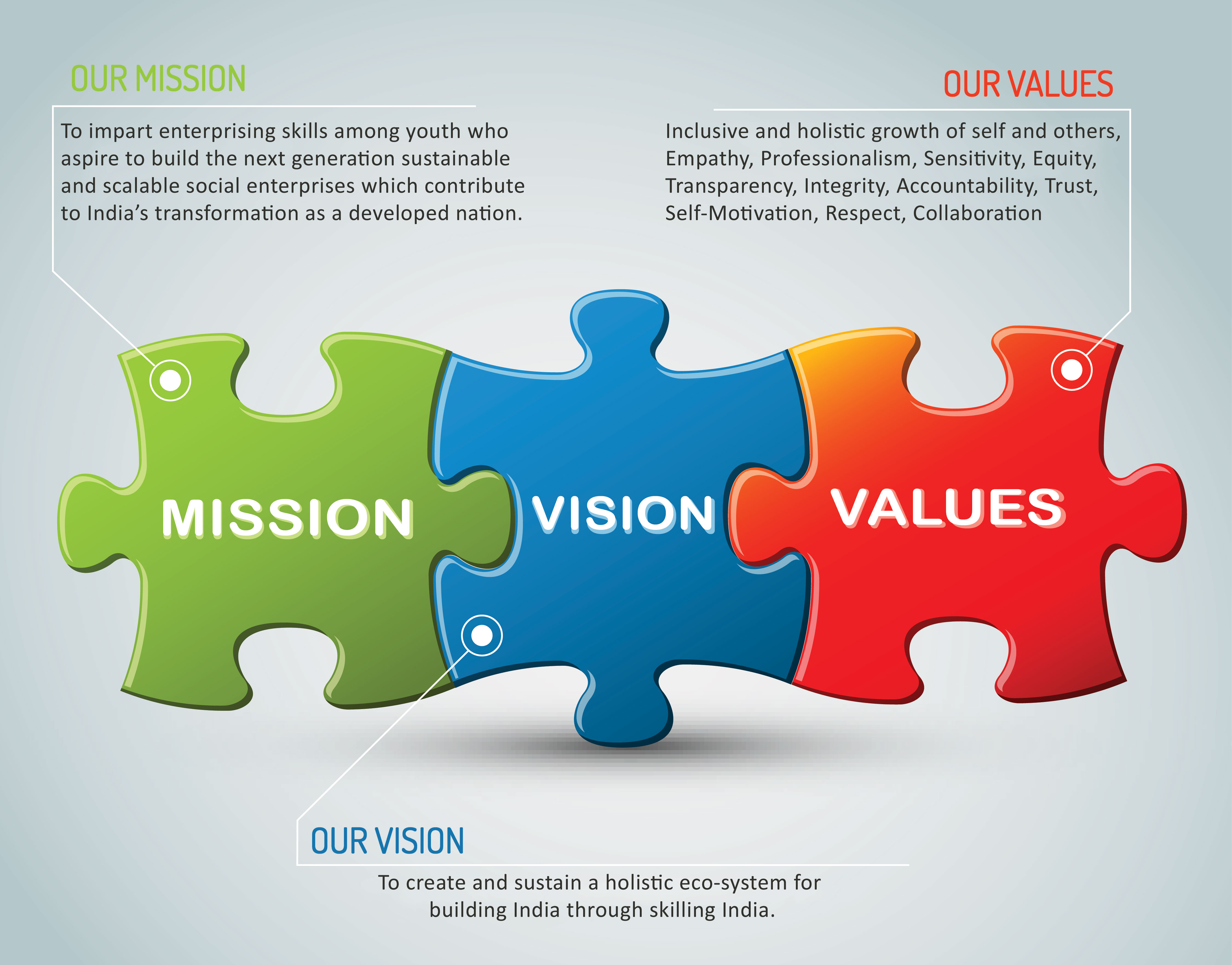 Vision:  To create and sustain a holistic Eco-system for building India through skilling India.

Mission:  To impart enterprising skills among youth who aspire to build the next generation sustainable and scalable social enterprises which contribute to India’s transformation as a developed nation.

Why:  India is one of the youngest countries in the world in terms of demographics and also has the world’s largest youth population with over 28% (Approx. 356 million) of its population between the age group of 10-24 years. This demographic profile is often considered to be the biggest advantage that India has in coming decades. But this surmounting population in a limited resources and opportunities environment is also resulting in gradual increase of step, circular and distress migrations of several communities in search of better livelihoods and standards of living. This phenomenon is usually associated with extreme paucity of alternate income and livelihoods options in the rural areas of our country. India, a developing country with such a large youth population can no longer ignore this undesirable trend, as it has become a limiting factor to see its economy soar and achieve sustainable growth to transform itself into a developed country. In this process of preparing and positioning itself as a developed nation on the global stage by leveraging on its demographic dividend, India off late has acknowledged the importance of skilling, enterprising and empowering its youth.

Who we are: A group of committed and passionate individuals who firmly believe in empowering youth (mainly from rural areas) of this generation by training them with necessary skill set coupled with their enterprising skills can transform India from a developing  to a developed nation. To contribute our bit in this process we started Kaushalam Foundation.

What we do: We work in the areas of skill development, promotion of social entrepreneurship and alternate income and livelihoods generation activities by serving the underserved communities.

Kaushalam Foundation is a non-profit organization registered in Rajasthan, India under Sec (8) of Companies Act, 2013.
Tweets by @kaushalam_fndn